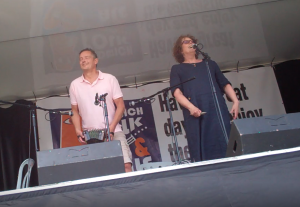 Growing up in Somerset and Hampshire, Alison and Jack are well-rooted in the folk music of England, as these were among the most collected counties in the Edwardian revival. 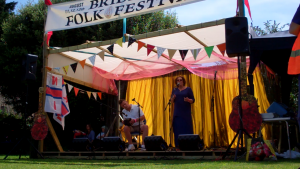 Now based in London, they reached a great new audience in 2018, playing Cecil Sharp House for the Trad Night series, and a string of festivals including Sidmouth, Broadstairs and Whitby, where they also ran several inspiring workshops.*

‘Alison and Jack are two of our favourite performers. Jack’s squeezeboxes and Alison’s voice were made for each other.’